When I think of the decades that have made the most impact on my own personal style, I immediately think “Vintage” but more specifically I would say that the style of my Grandmother’s youth, the 40’s and the 50’s have the most impact on what I determine to be both ladylike and exuberant. Today’s designers agree because I can find so much “modern” fashion that has taken it’s cue from these two decades. Lovely feminine details with classic hemlines is more my style than flashy flash and super short.

What fashion decade inspires you in your personal style?
Obsession Alert: 40’s and 50’s Style

Obvi Lady Gaga gets attention for her outrageous outfits, Katy Perry brings up the rear with a different kind of fantastical outfitting and now Florence Welch (of Florence and the Machine fame) is being dressed in Gucci (which I would pay to see but unfortunately was sold out in my area)… this makes me feel not so silly for liking to step out of the box sometimes. By no means am I wearing a hat made out of human hair (seeing as I already have human hair on my head) buuuuuuuuuut these ladies are breaking the mold and making it accepted if not OK to be a little weird. I like being weird. Weird is better than boring, am I right?

Inspired by InStyle and People StyleWatch

You know I am always down for a good charitable cause… but this one is just so special. Founded by Phoebe Steinfeld, a current high school sophomore in New Jersey, Color Me Cured is a non-profit organization with the sole purpose of raising money for cancer research. The money raised benefit Memorial Sloan- Kettering Cancer Center and aid in the fight against cancer. Color Me Cured features a line of nail polish and t-shirts. All of their products are of the highest quality, and the folks at Color Me Cured wish to spread the message of inspiration, hope and support, one bottle at a time.

Just had to share you guys… I totally dig this story.
Color Me Cured

So I have always loved the look of this necklaces with fabric beads or beads covered in fabric, however they are made. I did a little research online and found that there were quite a few tutorials for different kinds of variations on the beaded fabric jewelry. Here is my go at it using some left over fabric from a dress I am making, some beads from a necklace that met its demise in Boston and a couple other little notions hangin’ around. 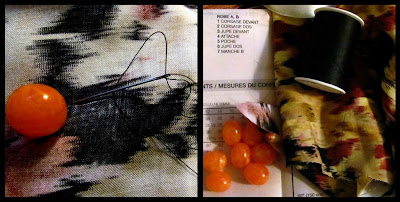 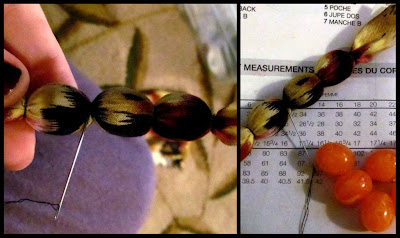 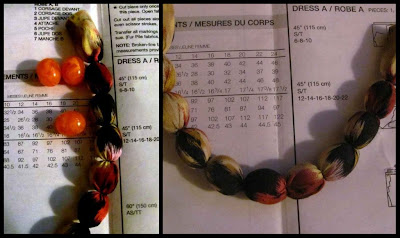 What do you think of my creation? Wanna try this for yourself? My favorite tutorials on the web are here, here and here.

I am totally digging the star themed things floating around the designers’ new collections. Obvi, I have some favorites, ALL of which are far too expensive for this girl to buy, but it doesn’t mean I don’t want to share with you some of my favorites! The following are honorable mentions in the race to be my favorite star themed item ever:

But my all time favorite? I don’t even know how much this is, because you have to request the price, that’s how expensive it is… but it doesn’t mean I love it any less. 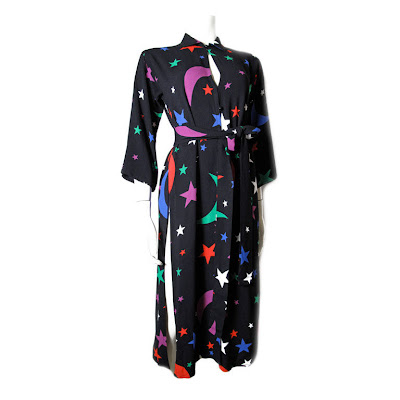 Star and Moon Dress from Yves Saint Laurent
Starry Eyed Fashion Inspiration
“Far away in the sunshine are my highest aspirations. I may not reach them, but I can look up and see the beauty, believe in them and try to follow where they lead.” -Louisa May Alcott 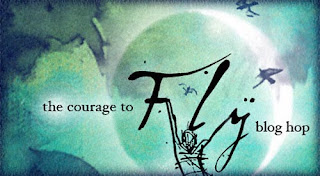 When Stephey from Marked by the Muse first created the Courage to Fly blog hop, I was immediately inspired by one of the questions that she posed. This particular question fit the landscape of my life in the last year to an absolute T!OK, here is the question/s she posed:
Have you ever had anyone push you “out of your comfort zone” and in so doing freaked you out or made you resist in anyway? BUT! After that push, once the fear was breached, were grateful towards? Looking back, why did you resist? And to whom are you grateful for that – push?
A couple of years ago, I met my boyfriend (who I hope will become my husband in the coming years). When we first started dating, I didn’t tell him that I liked to sew and craft… I mean I told him that I dabbled in painting but I was almost embarrassed to tell him that I was interested in something that seemed not artistic but more so something an old woman would do… I didn’t want to tell him because I was afraid he would think it was stupid; what I found out was that this was my own insecurity.

After seeing him for awhile, we started talking about what our dreams of all dreams were. I told him I had always dreamed of being a Fashion Designer and he a Game Designer… I mean, before telling him, I really didn’t tell anyone what my interests were except for my roommate… She did see me doing it afterall, my crafty stuff that is. Anyhoo… yeah so my boyfriend listened to me talk about all the things that I liked to do and not only thought it was cool but pushed me to take it further.

He told me that I should start blogging about it and to really hunker down and invest in what was an underdeveloped hobby and could be more in the future. So that’s what I did. In the very beginning, it was just the man who read my blog. I didn’t want to share with friends or even family what I was doing because I mean, I was still embarrassed and sort of scared of what people would think.

But as the months went on, my man kept on encouraging me, encouraging me to share my projects, get out there and throw myself into the creative community, which I did. He bought me a new sewing machine and dress form but more importantly he listened to my ideas even though sometimes they seem really stupid to me. He reads every blog post that I write. He even created a nook for me in our master bedroom so that I have my own space to create. He told me that others would think what I was doing was cool too, if I just gave them the chance to see it. He was right. To make a long story sort of shortish, this guy is my biggest fan.

I have been blogging now for almost a year now. In that year, I have put myself out there on Twitter and Facebook, the blogging world, asking people to be my friend, showing them what I do and learning what I can, here and there. I have made friends, I have gotten a small following. I have a voice. It is my hope to make it to The Creative Connection Event this year, which this time last year wasn’t even on my radar. The possibilities are endless when you actually have someone who believes in you and makes you believe in yourself. My man helped me to give my dreams wings and I am lucky to have him.
Anyhoo, I thought I would share in my inspiration because you never know when someone else can give you that push…off the branch… and you’ll quickly learn to fly. 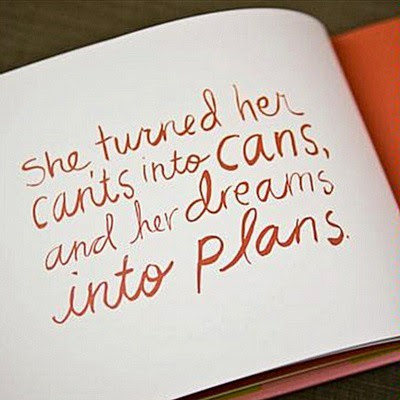 Also, do yourself a favor and check out my partner in posting crime today, Brandi from Brandigirlblog!

My Dreams Have Wings
So my crafty self was looking at some of the fabric that I just had hanging around and thought that I should try to find a quick and easy project to work on so that I got some crafting satisfaction pretty quickly, ie instant gratification. Enter this little project off of the “I am Momma Hear Me Roar” blog, reconstruction-esque area of the site. Yay for fun projects whilst also being simultaneously awesomely easy! See my take on the Buttony wrap/scarfy thing. Yay!
I started with a scarf that has been in my “Ghosts of Scarves Past” drawer for quite some time. I mean, if I did a botch job on this, then well, I would give it a proper burial without shedding too many tears. Anyhoo, I took that, about a 1/4 yard of cotton fabric from “The Collection” for the pockets, and some buttons from the stash… and was on my way. (Note: Here is where I get nervous because, well, I am ashamed to say I had never done a button hole before)… Anyway, I did it and my only issue came when I realized the scarf was too short. Next time, I’ll know. All in all, it was fun and easy to do! 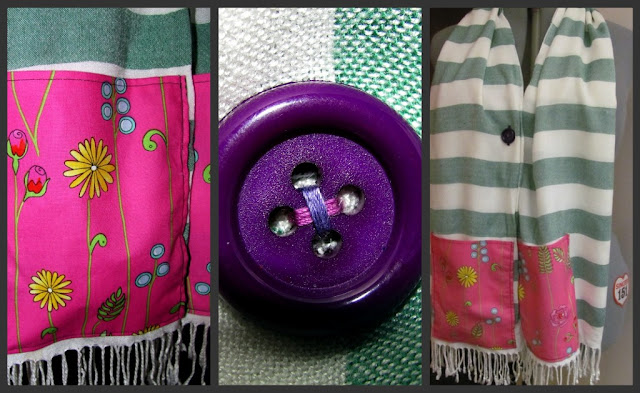 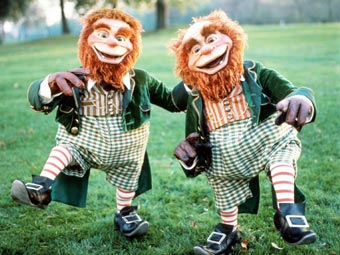 Watch out for these guys today!
Scarf Loving with a Dash of Buttony Goodness!
primandpropah
Create a free website or blog at WordPress.com.