OK, so Project Runway All Stars started last night so before you read this, please know that I will spoil what happened so if you have it DVR’d, you will be mad at me if you read further.

Model Angela Lindvall is taking over hosting duties usually regulated to Heidi Klum. Then there’s Joanna Coles (Marie Claire editor-in-chief) taking over Tim Gunn’s spot as mentor. And designers Isaac Mizrahi and Georgina Chapman will be sitting in Michael Kors and Nina Garcia’s seats. My initial thought? Not terribly excited about the change up… but I suppose it was necessary because the “all stars” do have past relationships with the judges and  it could be problematic.


So our episode started by reintroducing us to our supposed or the most talented designers from past seasons. They do have some ranging from popular and super talented (Mondo Guerra, Austin Scarlett) to the mildly popular and mildly talented (Anthony Williams and Kara Janx) to the annoying and/or forgettable contestants (Kenley Collins and Rami Kashou). Would all of these contestants have been on my “all star” list? Probably not, but I digress. I will also make notations later in regards to who I think was brought on specifically to be cut first. Our designers put on a fashion show each with a look brought from home to represent themselves as a designer. Everything looks pretty decent and that is on the level.

Challenge time: Our first episode is, you guessed it, the unconventional item challenge! Our designers shop at a 99 cent store and their looks need to be inspired by the looks they brought from home. It’s at this point where I am kind of, legitimately, over the unconventional item challenge. Dollar store, super market, junk yard… it’s all the same to me.

Our designer’s commentaries are, as usual, peppered in between our shots of the action. As they are all shopping, I get the impression that the majority of them think that they are the best in this competition. I start to realize that part of what makes project runway so special is that the designers are still trying to dig in, make their own success and win it! I don’t get this vibe at all… dare I say it, we have some divas in this all star cast.

I LOVE Project Runway and have been an avid watcher of all seasons and so far, I am not enjoying this episode. We go through the same motions and issues with putting together unconventional items. Gasp, Austin melts through plastic with his glue gun. Mondo isn’t feeling the competition yet, Kenley is still super annoying. I found myself wishing I had recorded it so I could fast forward to the end.

A bright spot in this ep, is Joanna Coles mentoring our designers. While she is most definitely no Tim Gunn, she brings a sophistication and seriousness to the series that I really like. That is the only change in judging/mentoring that I care for. My friend Erin calls Isaac Mizrahi b!tchy and I can’t say that I disagree, Georgina Chapman is lovely but let’s face it, Nina is my girl… and then there is Angela Lindvall. Who is Angela Lindvall? Apparently, she is/was a model but compare her to Hiedi Klum and this is an epic failure. Her hosting is disjointed and rehearsed , her emotions seem forced and to me, she doesn’t have anything endearing that makes me like her. In short, there is nothing different about her. I am hoping that as the season goes on, that she gets into a groove because the elimination “ceremony” was almost painful.

Top 3: Mondo, Rami and Jerell. Rami wins, whoopee
Bottom 3, and here is where I think they brought people in, knowing they would be good bets as going out early*: Sweet Pea: was she that great a designer before? I like her and everything but I don’t recall her being in the top often despite her making it fairly far. Gordana: I barely remember her and Elisa: also not a great designer and best known for spit marking on her fabric.

*Please add Micheal Costello to this list as he is ever the underdog and Mila Hermanovski as I feel she also falls into the forgettable category.

I will be giving this season a chance but right now, I feel like everyone is kind of full of themselves, by the looks of the previews, Isaac doesn’t maintain his composure like a judge should and well, I am just plain uninspired. I plan to watch at least the next couple of episodes but unless I seem some improvements, some unexpected twists or something, I may just have to bail.

What do you think? Did you watch and were you in love? Or do you agree with me somewhat?

Project Runway All Stars: Am I Impressed?

After all the hullabaloo with Missoni for Target, and my subsequent stress over whether or not I was going to get my hard fought (and won) order, I wasn’t exactly thrilled with the idea of another designer collection for one of the stores that us “normal girls” shop at. I decided that I am not the type of girl that has to have something just because it’s “designer” and is at a store I shop at on a regular basis. I was recently in a Target and saw some leftover, really sad looking, Missoni for Target stuff laying in an aisle with no home. I picked the items up and you know what I thought? Man, these are kind of expensive. You get what I am saying? The hype is what we are paying for, not necessarily the value or design of the actual item. After the hype was over with, the items weren’t worth as much to me.


With the Versace collection for H&M all the buzz in the fashion world, I took a look at the collection and decided what would even be worth my time to fight for… and I found there was not much there for me. Take a look at what I think are some of the more interesting pieces but overall, pretty unwearable in my day to day. 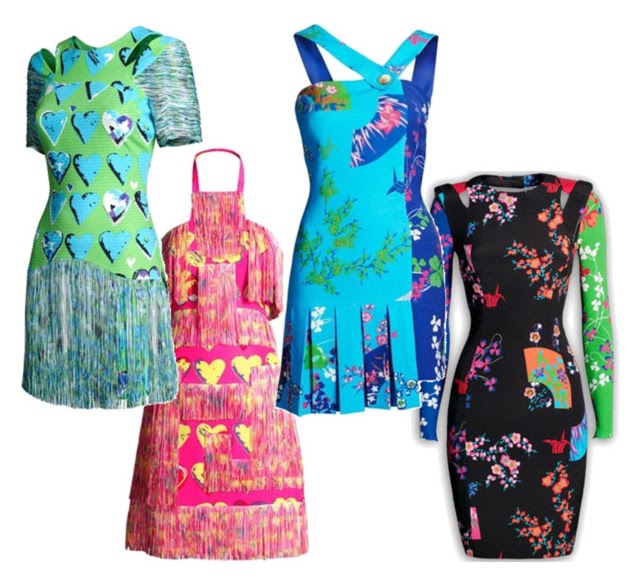 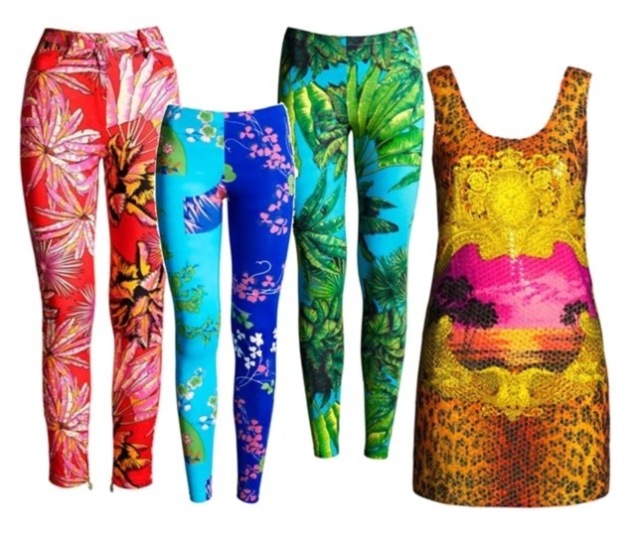 The colors are vibrant, my immediate thought it to get excited about how I could work these prints into my wardrobe… but the truth is, that I really can’t. I am not saying that some girls can’t, I just know myself and I know that these will hang in my closet waiting for that special night which may or may not come. But that being said, I don’t hate the looks, I just know they aren’t worth my fighting for.

If I were going to choose anything worth taking a sistah out over, it would be anything in the collection that is black. I think that the collection’s take on a little black dress is fresh and inventive, and admittedly a little Versace. 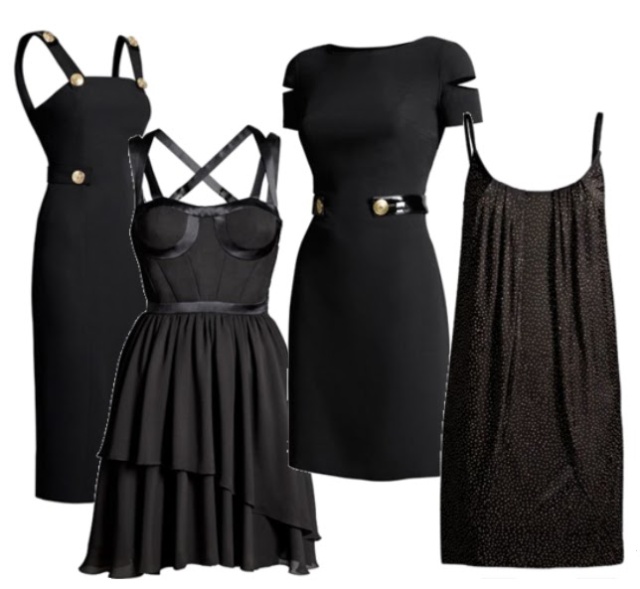 Will I fight to get even these looks, the ones I admire the most? I don’t think so. The UK website shut down already over this (sound familiar?) and stores have already sold out of some looks. If I happen to be in an H&M and one of these dresses happens to be there… I probably still won’t purchase it. Why? I don’t need to buy it just to say that I got it, I won it, I fought for it. I have better things to use my energy for. That doesn’t mean I can’t still look.

Versace for H&M, I’m Literally not Buying it

OBSESSION ALERT:  If you know me at all you know that I am pretty much obsessed with Evan Rachel Wood at this point aaaaaaand my manly man crush these days is most certainly Mr. Chris Evans because he is hotty hot, is Captain America (nerdy girl here) and I most recently re-watched The Nanny Diaries and he is, of course, Harvard Hottie/ watched a Sci Fi movie called Sunshine in which, once again, he is hottie hot. Have I said Hottie enough? So imagine how obsessive I am over the Gucci Guilty ads? Pretty much drooling over my man and woman crushes right now. 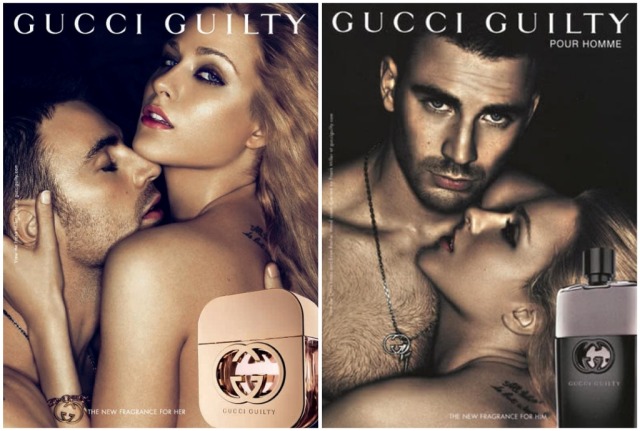 What do you think? Do you lovey as much as I do?

I have been thinking a lot lately about changing the direction of my blog, ever so slightly. I am in NO WAY SHAPE OR FORM giving up crafting or handmade lovin’ stuff but I sort of want to add fashion and beauty stuff in here as well. I mean I LOVE to check out the latest fashion and DIY it? You know?

What could it hurt to bring a little style, shopping and girly love to an already crafty, handmade, extra curricular type blog? I don’t think it would hurt one bit. So I am going to start sprinkling my new posts in here and there. For now, you can check out what I am doing over at The Fashionable Housewife and get ready for some fun over here.

It’s a little late but I just wanted to give a smidge of a Valentine’s Day shoutout to all my peeps that have supported me in this blogging slash crafting endeavor over the past 6+ months. I cannot express how grateful that I am for all the support. Love you all! XOXO 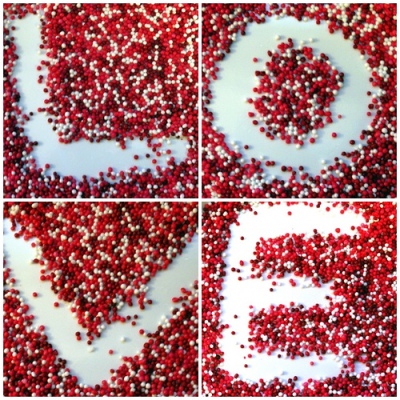